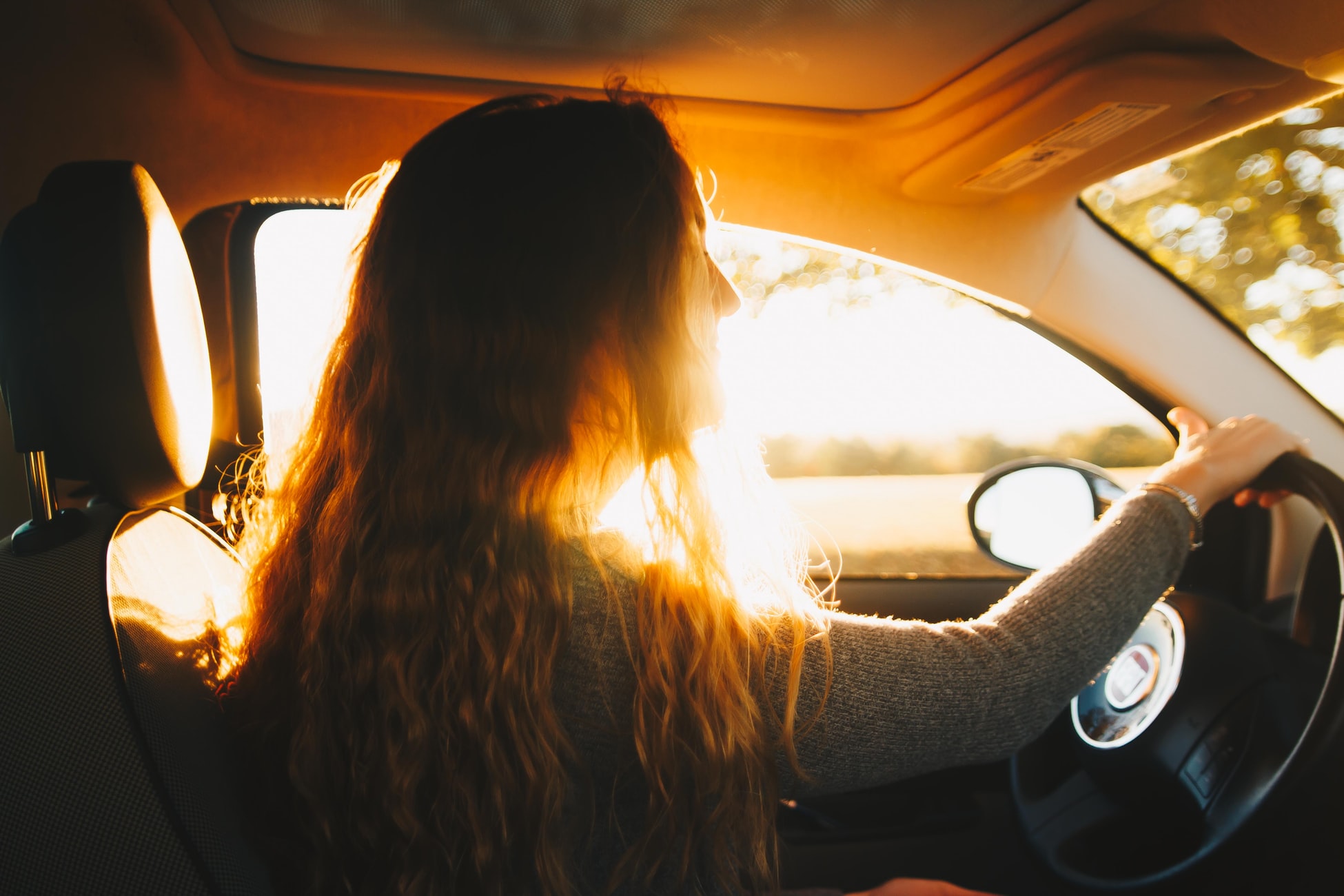 Laws Of Nature And Skidding

How are the laws of nature concerned with the daily driving of a Vehicle? They do, in fact, have an effect, and it is essential to know about these laws.Whilst driving a vehicle,you are involved in a contestant duel with the laws of nature.

Gravity is one of the most important Laws of nature. It is the force that causes people and vehicles to have weight.It is also the force which causes an object to ” go down” when dropped.

Gravity pull all objects towards the centre of the earth. The driver of a Vehicle becomes greatly aware of it when he is driving up and down hills.It “pulls” a vehicle down a decline.

An important factor to keep in mind is therefore that gravity definitely affect the stopping distance of a vehicle.

The faster a car moves , the longer it will take to stop. This is caused by energy created by motion. This is called “Energy of Motion” or “Kinetic Energy”

Energy of motion is also the tendency of a moving object to keep moving in it’s original direction.When a stone is Thrown, it will keep moving in the same direction  until it drops to the ground. In exactly the same way a motor car tends to keep on moving in the same direction until the driver alters its course. When a vehicle is driven round a curve or a bend, two laws of nature come into action. The energy of motion  or Kinetic energy “propels” it on a straight course,whilst friction allows the vehicle to turn in the required direction or in the direction the steerable wheels are pointed by the driver.

The Greater of the two forces is going to win. If it is likely to be energy of motion, the driver will have to reduce this energy by reducing speed before the negotiates the bend or curve. If this reduction or braking is done too late, it may result in loss of control.

Many Drivers think that the steering wheel,brake pedal and the accelerator control the vehicle. The truth however , is that these controls merely convey the driver’s reaction onto the four rubber sections of the tyre of the road wheels,which in turn actually controls the vehicle.

The Tyres enable the vehicle to increase speed, to steer round bends/corners, and to stop. The ability of a tyre, however, id limited and this limitation is determined by the amount of “fiction”occurring between the road surface and he tyre.

The more fiction there is between tyres and road, the more control one has over the vehicle, the shorter will the stopping distance be.

When a driver puts pressure on the accelerator pedal and this increases the speed of the drive wheels,it is friction that enables the tyres to maintain a grip on the road and thus to increase the speed the vehicle.

Should the driver accelerate too quickly or should he turn the steering wheel too sharply,the tyres will lose their grip on the road and will being to spin or skid.This occurs because there is inadequate friction to cope with the engine power or jerky steering wheel movements.

When the driver brakes, all four tyres must grip the road in order to slow down or stop the car . If the drier brakes hard and locks the the road wheels, the fiction between the road wheels and is inadequate for stopping the vehicle. the tyres will lose their grip and the car will be out of control and go into a skid.
The most general concept is that any liquid , in other words any wet agent, affects  friction. As a matter of fact , anything that comes between the road and the tyres, wet or dry, or fixed to the road surface, will reduce friction.

Some examples are water, oil,sand,gravel or plastic, road markings, manhole covers, etc. The vehicle itself may also cause a reduction in friction, for instance smooth tyres, a worn suspension, faulty wheel alignment,etc.

When a vehicle collides with another vehicle or stationary object, an occupant in the vehicle will be thrown against the windscreen,Steering wheel or dashboard in an accident because he tends to move forward.

Higher speeds increase the momentum, the results of which are appalling.
The mass of a vehicle also contributes to the extent of the momentum. A vehicle with a load will therefore cause more damage during an accident than an empty or unloaded vehicle.

During an accident a motor car also seems to exert a force on objects because of its momentum.The higher the speed, the greater this force will be. As this fact also applies to occupants of a motor car,it becomes clear that a person’s momentum can so increase that nobody in a vehicle will be able to protect himself against it.

Summarizing the foregoing, one can therefore infer that the Laws of nature can be to your advantage during driving or they can have a determining effect on you and your vehicle during driving, and if you lose the contest against the Laws of Nature because of ignorance, you will most probably be involved in an accident, or in many cases you will control over the vehicle, which will result in a skid.

A  skid occurs when the tyres lose their grip on the road and starts sliding instead of rolling on account of the loss of friction.

Three  Important factors cause a skid.In order of importance.

Skid don’t just happen, They’re caused by a driver asking to much of the vehicle for the amount of grip the tyres have on the road at the time. A skid happens when you change direction or speed so suddenly that your tyres cannot keep their grip on the road. The risk increase on a slippery road. How does Man cause skidding, by Harsh  acceleration, high speed,a coarse steering action and severe braking. Other circumstances which may be couple with man are , especially, a lack of concentration as a result of, Fatigue,Alcohol abuse,illness and certain medicines. Skids caused by Braking, Harsh and uncontrolled braking is one of the main causes of skidding. Brakes have their greatest stopping power when they’re nearly, but not quite locked. The weight of the car is thrown forward,and the heavier the braking the more weight goes to the front and the less there is on the rear wheels. The less the weight on the rear wheels,the more likely they are to lock. If you combine incorrect braking with incorrect steering,you’re asking for trouble.; You’re bound to skid if your tyres are only just gripping while you’re cornering and you start to brake. Sudden or harsh acceleration whilst cornering, particularly in a lower gears, may cause the driving wheels too spin on the road surface. Unless you ease off the accelerator very quickly, the vehicle could go into a skid because of wheel spin.You can also skid if you braking when you start cornering. Don’t expect your tyres to do the impossible.

The answer is simple , adjust your speed to the conditions and give yourself petty of space. If the road is wet , the amount of grip your tyres have is less. There are different types of skids namely four wheel skid, Front wheel skid and a rear wheel skid.The main cause of a four wheel skid is braking, this normally happens when the brake are applied too harshly and all four wheels lock, usually driving in a straight line. A front wheel skid has about the same effect as a four wheel skid. This is caused by braking hard or an excessive steering motion. the tyres lose their contact or friction, irrespective of the measure of steering done during a skid, the vehicle will respond only slightly or not at all and it will continue moving onwards in its original direction of travel. A Rear wheel skid is actually the most spectacular of the three skids.The vehicle proceeds in its original path of travel but it spins or the rear end brake-away to left or right. The same factor as before result in this skid, with the difference that more skill is required of the driver to control the vehicle. If for instance the rear of the vehicle is skidding to the left, the steering wheel should also be turned in that direction and visa versa. Laws of Nature also plays a role here, especially friction and movement energy.Skids result from friction loss, and the movement energy forces the vehicle along in it’s original course.

There’s no better protection against skids than driving in a way that will avoid them. Drivers cause skids , they don’t just happen.On slippery surfaces your stopping distance can be as as Ten times longer than on a dry road. Look out for signs of slippery roads. Any wet road, even in summer, is likely to be slippery. Be wary of rain, hail, snow,frost  in shady places, wet mud, loose surfaces and wet leaves. Diesel and oil spillages will also make the road slippery. If you suspect that the road is slippery, reduce your speed. Your brakes will not get you out of trouble if your tyre grip is poor, Brake are far more likely to get you into trouble, use engine braking. Change down to a lower gear in good time, but be very careful with the accelerator and clutch , particular in very slippery conditions. They can also cause skids too.Keep your vehicle in good condition, brakes that pull unevenly are dangerous on slippery roads.If your car is skidding there are a number of things you should do, release the brake pedal. Drivers often do the opposite by keeping there foot on the brake pedal, this only makes matters worse.Turn the steering wheel in the same direction as the skid. Remember Prevention is better than cure.

While we are driving in a motor vehicle, communication is undoubted one of the most  important factors, But we do not react to it This lack of reaction can be attributed to negligence or ignorance. Two persons are communicating when they are conversing with each other,but one should note that various other forms of communication take place when a vehicle is driven. There are three important elements involved. Man, The Vehicle and the environment.